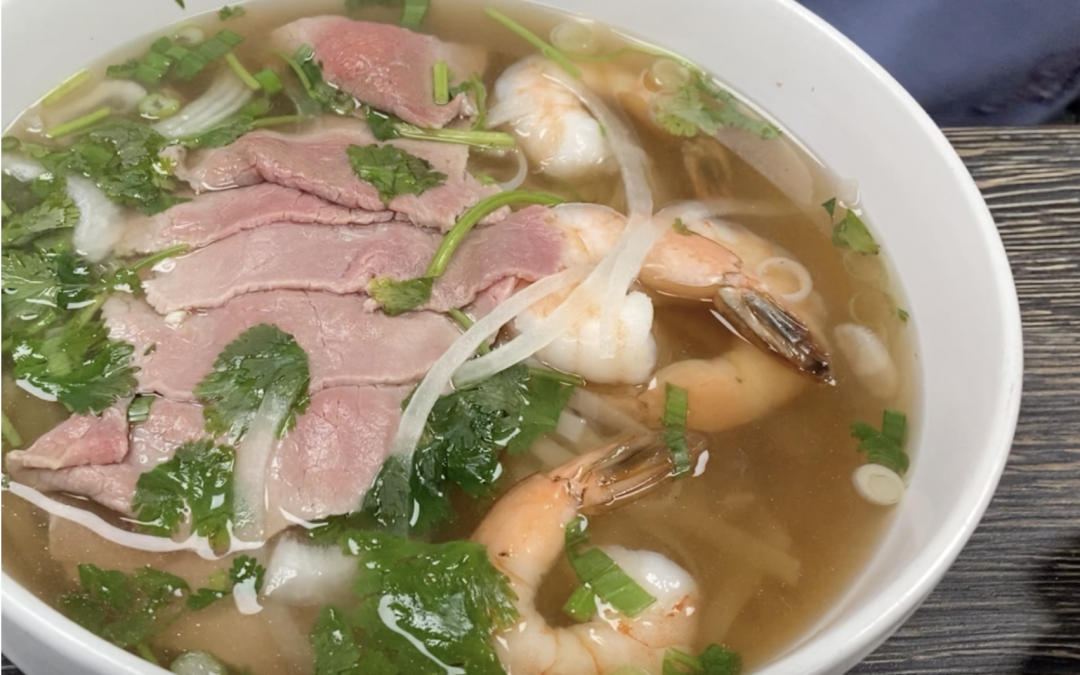 First appearing on TV in 1986, Akira Toriyama’s Dragon Ball franchise has entertained fans worldwide to this very day. Known for its wacky humor, over-the-top action sequences, and its beloved characters, the love for this show has yet to fade. Though the newest installment of the franchise has recently ended here in the U.S., fans eagerly wait for the next serving of TOEI Animations’ blockbuster franchise. Speaking of servings, loyal fans are now serving up delicious noodle dishes right here in Florida at the legendary Soupa Saiyan Noodle Bars.

If you’re a fan of ramen or the Dragon Ball franchise, this is the place for you! Now of course, when I say ramen I don’t mean the small color coded packages you pick up at the local supermarket for 11 cents. I’m referring to big, luscious bowls of noodles, filled with meats, veggies, and whatever else your heart desires. Currently serving in two locations, Orlando and Jacksonville, Soupa Saiyan provides a well-themed experience along with fantastically huge bowls of Asian noodles.  Check out our video here: Soupa Saiyan Video

Upon our arrival at the Orlando location, we immediately see the sign and windows wrapped with cool Dragon Ball characters stuffing their faces with huge bowls of ramen. In Jacksonville, you’re greeted by a huge mural of a young Son Goku riding on his magical cloud, Nimbus, through a wonderful world of noodles. The way the shops are laid out are different, each having their own theming styles. However, four things remain the same: the food, the characters, the line that’s wrapped around the building, and smiles on customers’ faces as they down oversized bowls of deliciousness.

The main differences between the locations lie in the theming and menus. When stepping into the Orlando location, you’re smacked in the face with a life-sized Vegeta statue, the prince of all Saiyans, and one of my favorite anti-heroes. There are collectibles and artwork covering most of the building’s layout. One thing we both noticed is that this location felt more edgy with a focus on the villains. From Cell to a life-sized Majin Buu giving you the finger, all of the baddies are represented here. In Jacksonville, you are welcomed by the life-sized representation of the lighthearted hero Goku. The walls are covered in heroes from not just Dragon Ball , but many other heroes of Asian cinema, even Bruce Lee graces these walls! Yes, this layout definitely seems more polished and focused on the good guys, but I guess it’s all about where your loyalties lie as far as choosing a favorite theme. I am a Vegeta man so Orlando is my spot, whereas Nat loves the Jacksonville location and Goku. One thing that we both agree on is that the food is amazing at both!

Speaking of which, let’s discuss the food. We purchased four bowls. Nat had two build-a-bowls. In Orlando, she went with a chicken broth, pho noodles, thinly sliced steak and shrimp for protein. In Jax, she went with a Trifecta chicken broth, rice noodles, carrots, steamed veggies, bok choy, and grilled chicken. Right off the bat the similarities are there, huge bowls of soup with lots of meat and noodles. The noodles were perfectly cooked, and the broth was very flavorful. As for me, I decided that in Orlando I would try the Trifecta. Let me tell you, I am an udon noodle fan so this dish hit the spot! Not only did the udon in the chicken broth go hand in hand, but the flavor of the meats were divine. In Jacksonville, I went with the Pho-resia beef broth, pho noodles, thinly sliced sirloin steak, braised brisket meatballs, onions, beansprouts, basil lime scallions, and the addition of some pretty big shrimp as well. I was pretty hungry and it was fantastic, the perfect blend of sweet and savory! Everything was cooked to perfection, and the shrimp just helped push the dish over the top! The only thing that I didn’t like about the dish was that I didn’t have more of it after it was gone.

All in all I have to say, as a fan of the series for more than 20 years and as a ramen fan, I am pleased to have these two locations in my new home state of Florida. If there was no such thing as high blood pressure or high caloric intake, I would eat here weekly, at times probably daily. Unfortunately they do exist, but even if I can’t eat there as much as I’d like to, I will definitely be making my fair share of visits. I would recommend that you do the same.

If you enjoyed this content please check out our video here: Soupa Saiyan Video